You are here: Home / Archives for museum

Aside from my jobs, I also volunteer at the history museum.  I go twice a month and act as an exhibit resetter, which means I mess up the puzzles, put cards, toys, and kitchen utensils back in their spots, and most of all fill up the egg sorter.  The egg sorter is a testy, yet useful machine designed to drop eggs down into fake chicken nests when its motion sensors are activated.  As a resetter, my primary job is to carry buckets full of these eggs from the general store to the barn and load them in the sorter.  This is the most popular part of the whole museum, as far as I know.  Nearly every day I volunteer, I see at least a few children become enthralled by it, and go back and forth between the barn and the general store for at least an hour.  Nearby their parents say, “Ok, just one more time, don’t you want to see something else?” 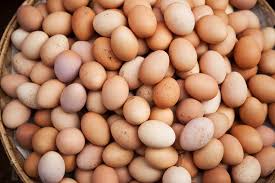 I enjoy volunteering there.  I get to see the new exhibits for free, play with children, and watch for the moment when they, or their parents, say, “Wow, this is so cool!”  As I said though, the egg sorter is a testy machine, and the last time I was there, it stopped working altogether.  Even so, I could manually operate it from the back or front load the nests when no one was around.  Today was my first day volunteering since we have only been able to front load the nests.  It made me appreciate even balky machinery.

Largely, the afternoon was quiet.  There were quite a few people, but only a few children every once in a while, so it was easy to keep up the illusion that the chickens lay the eggs.  Then one of the employees went to lunch, and I checked in the lobby every once in a while to greet people and show them where to go and answer questions.  Around this time, about five girls and one little boy became hypnotized by the eggs and the general store.  First of all, they were so busy in the general store that it became difficult to get to the counter to take out the eggs.  Then they had sentries posted to alert the others of incoming eggs.  I had thought at first that the little redheaded boy was an innocent, cute child.  He was in reality a sleeper agent, sitting calmly by the nests, waiting for eggs to fall down, acting shy.  The moment I tried to reload the nests he called out for the others and they swarmed in and practically had their hands in the nest boxes as I was putting the eggs in.

It didn’t matter how sneaky I was; because there were so many children, it was impossible to reload the nests without drawing attention to myself.  Whether it was the girl who spoke really loudly, or the little girl who was lightning fast at getting the others, I was always too slow.  The problem was, I kept giving up and then waiting and waiting and seeing another opportunity to try.  Just to be caught in their trap.  When my shift ended, I talked to the staff member in charge, who already knew how it was going and was going to take over for the last hour of the day.  She said, “I already told them it’ll be a while before more eggs come.”  Then she added in an evil voice, “They’re going to miss you,” followed by a quietly devious laugh.  I would be ecstatic to find that the egg sorter has been fixed when I next volunteer.  Until then, round one goes to the spry little children.  I must hone my ninja egg placer skills in preparation for our next encounter.

This website uses cookies to improve your experience while you navigate through the website. Out of these, the cookies that are categorized as necessary are stored on your browser as they are essential for the working of basic functionalities of the website. We also use third-party cookies that help us analyze and understand how you use this website. These cookies will be stored in your browser only with your consent. You also have the option to opt-out of these cookies. But opting out of some of these cookies may affect your browsing experience.
Necessary Always Enabled
Necessary cookies are absolutely essential for the website to function properly. This category only includes cookies that ensures basic functionalities and security features of the website. These cookies do not store any personal information.
Non-necessary
Any cookies that may not be particularly necessary for the website to function and is used specifically to collect user personal data via analytics, ads, other embedded contents are termed as non-necessary cookies. It is mandatory to procure user consent prior to running these cookies on your website.
SAVE & ACCEPT